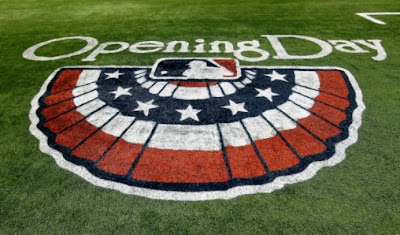 One of the greatest days for a sports fan is Opening Day for Major League Baseball. For the majority of the country it is that moment when Spring finally feels like it has arrived. Hope is a wonderful thing, and on this day, every fan has some.

I root for the Giants but most of my Opening Day memories involve the Cubs. I grew up going to Wrigley, and for many years managed to make it to the home opener. There's nothing like wearing a parka, slipping a couple tallboys inside, and watching cold, windy baseball. Those were great times.

The reality of it is not all teams have a chance. I know the Astros won their first game, but does anyone actually think they will be good? No, but since it's April they aren't 25 games back just yet. So everyone gets the chance to dream for a little bit.

That's what makes today so special. Everyone gets to feel like a kid again. It's Christmas in Spring. Everything seems possible again.

Now its nothing but 7 months of baseball ahead. Time to find that ass groove on the couch and settle in for another season.