October 25, 2012
Wrote this before series started. Put it on another blog. I like it better over here.

I have been going back and forth over what key stat to look at in this Giants – Tigers matchup. And it seems to me when I look at any category the Giants hold an edge. I’d like to think I am so pro Giants just because I am a fan. But I believe that not only stats, but the eye test tells me this as well. Talent matters, for a whole lot. It’s why the Giants will probably lose at least one if not both of Verlander’s starts. But team matters as well. 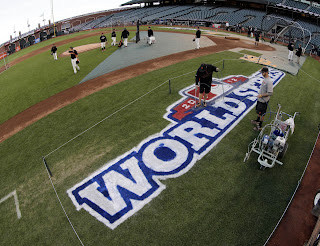 I’m not just talking about the heart and emotion stuff. I’m talking about a baseball team that plays like a machine. That’s what they have done the last 3 days. It’s what they did for another 3 days in Cincinnati as well.  They don’t seem to play as individuals. It’s like different pieces of a puzzle that come together. They just fit. And they know how to get it done. The lineup that the Tigers are putting out there is not much different than the 2010 Rangers.  Except they strike out more. They have a big left handed bat in the lineup Prince Fielder (Josh Hamilton) , and 2 threatening right handed batters in Cabrera and Garcia (Vlad, Cruz).


The Giants rotation is doin work again. Vogey has it going best right now. Zito has confidence, but be honest. We have no idea which Barry Zito will show up. Will he walk 3 in the first inning and fall behind 2-0. Or will he be able to throw strikes and have the Tigers off balance. We really don’t know. Hopeful is the word to describe MadBum’s Game 2 start. He says he has fixed whatever mechanical flaw he had. Did he hit the wall? Or can he feed off the other starters and throw a good game. I haven’t even gotten to Timmy. He’s a weapon the Giants didn’t have in 2010. He can step in and seems to thrive in this middle relief role. He seems to have embraced it, and that can’t be discounted. Cain seems like he’s been a little amped up during his starts. It’s not a huge concern, I mean come on, he’s Matt Cain. 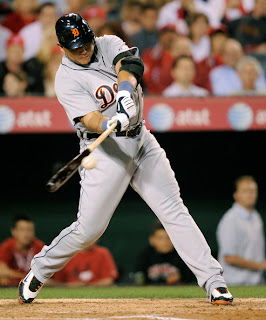 The way the Giants approach hitting these last few days has been remarkable. When given an inch, they take a mile. It’s an attack mentality. When they see blood in the water they feast. By putting crooked numbers on the board it seems like the other team’s heart gets broken. The Cards seemed to know the monumental task in coming back on the Giants. This is a bullpen that Bruce Bochy manages so well. Every matchup is covered with Fielder in this Series because of 3 lefties.
I admit Cabrera is going to probably hit a couple of doubles at AT&T. He drives the ball to the gaps so well, and that’s how the park plays. Prince is going to swing from his heels at the short right field line. He may yank one in the Cove. It won’t be the end of the world. It sounds stupid but simple. The Giants pitchers need to get the guys out that they are supposed to get out. You can’t let Alex Avila or Jhonny Peralta beat you.
Up and down the lineup I feel like the Giants are a better team than they were 2 years ago. They just seem smarter. They do more of the little things that win games instead of getting that one 3 run homer and holding on with pitching. They put the ball in play consistently. Imagine if Buster gets his stroke back. Verlander’s fastball could speed up Hunter Pence’s bat and send him on a streak. Marco will do what Marco does. Belt seems to swing the bat well at home and homered on a 97 mph pitch on Monday night. Pagan has days where he is on base 3 times in 5 AB’s. He has others I which he K’s 4 times. Blanco has been a pleasant surprise with some clutch hits, but he’s there for his glove. And it’s been great to watch him play left.
The Giants have all the ingredients of a championship team. Good pitching, timely hitting, and talent. The Tigers have plenty of great players as well, but they seem more like the team that outlasted some other crappy teams. I predict the Giants in 6 with one of the wins being a Timmy saves the day win. 2010 might have been magical, but what if the Giants were just getting started?